Famous Celebrations around the World for Mardi Gras

The Lake of the Ozarks Mardi Gras Pub Crawl is hoping to create a Mardi Gras atmosphere as well-known as New Orleans. New Orleans is known in the United States as the best Mardi Gras celebration in the country. This well-known holiday is celebrated all over the world with lavish parties and costumes. In this week’s blog, we will highlight some of the best celebrations in the world. 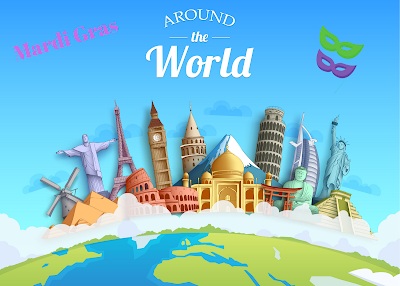 Cologne, Germany
We all think New Orleans has the longest Mardi Gras celebration, but in Cologne, the party starts November 11th and runs to Fat Tuesday. The kickoff starts with a “Women’s Carnival” which is an unofficial holiday where women dress up in costumes and rule the day with harmless fun. You can also expect a rose parade and the burning of straw figures. Street vendors serve traditional German food like brats and pretzels along with hot spiced wine.

Venice, Italy
One of the oldest festivals held Venice is the Carnival of Venice. The extravagant costumes, the lavish balls, and the elaborate masks that are worn have made the festival world-famous. There are many dances, carnivals, fireworks, and concerts throughout the city. The famous Festa Veneziana brings the celebration to the water, by rowing down the canal in costume. People gather along the canal to enjoy the show.

Rio de Janeiro
This celebration is labeled as the world's biggest Carnival. According to the calendar, their events last for 5 days, but the parties can begin months before that! It takes place in the peak of summer in South America with wildly elaborate balls, uninhibited dancing, flashy costumes, and huge, glittery parades. Dozens of samba schools compete in a famous competition consisting of costumes, choreography, and percussion. Rio Carnival is the favorite holiday celebration in Rio. 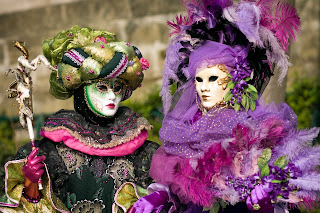 Cadiz, Spain
Cadiz, Spain is known for its satire and music during their Mardi Gras celebration. It is the oldest celebration on the mainland. There is a singing competition three weeks before the opening day of the carnival. The competition is full of satire and entertainment down the streets. They also have parades and fireworks for people to enjoy.

Quebec City, Canada
A giant snowman with a red cap named Bonhomme happens to be the official mascot for the festivities. You can expect all kinds of sporty events at the Quebec City carnival. Guests will enjoy canoe races and dogsled races just to name a couple. It’s not your normal Mardi Gras celebration with costumes and parades. In Quebec City, you will see ice and snow sculptures along with a snow bath where people with celebrating indoors in swimsuits.

Nice, France
The Nice Carnival is held on the French Riviera, is one of the world’s largest Mardi Gras events. The event lasts 15 days and is full of flowers. By flowers we truly mean, they have a parade where the floats are made from flowers and flowers are thrown to the spectators. 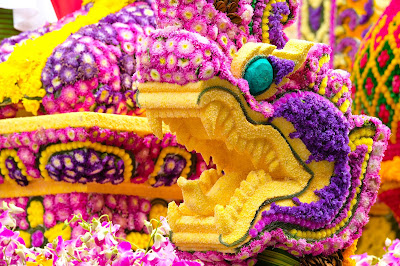 As you can see, Mardi Gras is a special time of year for people all over the world. For those who can’t travel to a different country to enjoy the holiday, the Lake of the Ozarks Mardi Gras parade will not disappoint. Dress up in your favorite Mardi Gras costume, buy a wristband, and ride the bus for a place to place to enjoy a night of fun at the Lake of the Ozarks. For more information about the Lake Pub Crawl, visit our website, follow our social media, or text LAKEPUBCRAWL to 71441.

Brought to you by the
Lake Area Chamber of Commerce
Posted by Lake Pub Crawl at 8:31 AM