History You May Not Know About Mardi Gras

When we hear Mardi Gras, we all think about masks, parades, beads, and parties. New Orleans is known for the place to be during Mardi Gras but the party has expanded to most of the country. At Lake of the Ozarks, we put our own spin on Mardi Gras with the World’s Largest Mardi Gras Pub Crawl. The Lake Pub Crawl is brought to you by the Lake Area Chamber of Commerce and just the event we need at the lake during the offseason. In this week’s blog, we will tell you a few things about the history of Mardi Gras that you may not have known. 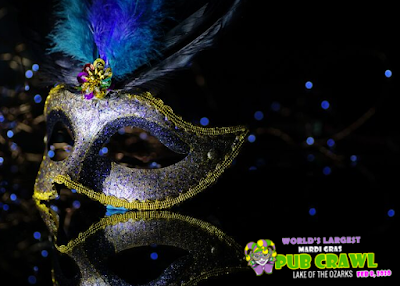 Mardi Gras is the French term for Fat Tuesday. The event is more than just a one-day event. The party starts 12 days after Christmas and lasts through Fat Tuesday which falls the day before Ash Wednesday. For almost 2 months there are celebrations, parades, balls, and parties for people to enjoy. The traditional colors of Mardi Gras are purple, green, and gold. It is rumored that Grand Duke Alexis chose those colors to hand out to people who attended his party because they were the colors of his home. In later years, meanings were attached to the colors: purple for justice, gold for power, and green for faith.

Believe it or not, the first American Mardi Gras was not celebrated in Louisiana. Pierre Le Moyne d’Iberville a French-Canadian explorer arrived in what’s known now as Mobile, Alabama on Fat Tuesday in 1699. He threw a party that day and named the location Point du Mardi Gras. The parties continued in the years to follow as French travelers would come to celebrate. Mobile, Alabama still claims to this day to hold the oldest Mardi Gras celebration in the United States. 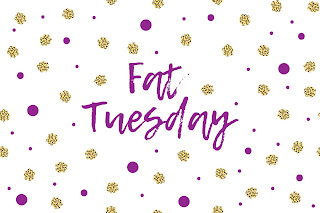 Many Mardi Gras parties were canceled in the early 1700s due to drunken parties that often ended in destruction. In 1857 a secret society known as the Mistik Krewe of Comus changed how Mardi Gras was perceived. Instead of destructive parties, the society planned parades and lavish balls for guests to attend. 6 gentlemen of New Orleans gathered at Dr. John Pope’s Drug Store to organize a formal and organized way to celebrate. Now there are more than 70 secret societies involved in Mardi Gras. Each society (or Krewe) builds a float to represent their theme. Most floats will have a celebrity on the float to entertain the parade-goers.

In 1872, the Krewe of Rex was founded in honor of Grand Duke Alexis Romanov Alexandrovish arriving in New Orleans. Each year a ruler is selected as “The King of the Carnival” and the Krewe of Rex selects the ruler. Every year this tradition continues with a person of distinction chosen.

A lot of people don’t realize that wearing masks in New Orleans is illegal except during Mardi Gras. Wearing the masquerade masks is a way for people to get into the partying spirit and remove all their inhibitions since they are masked. The New Orleans city ordinance states masks can only be worn on the day of Mardi Gras and must be removed by 6:00 pm. 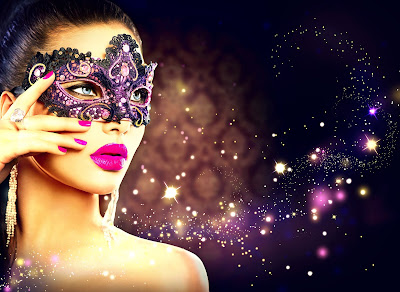 We hope this blog enhances your knowledge of Mardi Gras and gets you in the mood to party. Only a few more months and we will be partying throughout the Lake of the Ozarks at the World’s Largest Mardi Gras Pub Crawl. Don’t worry masks are not illegal to wear here, so get your masks and beads ready for a great night. To stay up to date about the events schedule, visit our website www.LakePubCrawl.com and follow our social media.

Brought to you by the
Lake Area Chamber of Commerce
Posted by Lake Pub Crawl at 6:50 AM